Our company produces collapsible aluminium tubes, a recyclable and ecological material. We strictly focus on this ductile and versatile kind of packaging, and we have remained committed to this specialization over the years.

Our tubes are used by big companies operating in a broad range of fields –pharma, cosmetics, food and arts.

We put the customer at the center of our activity, providing a wide range of tailored and customized solutions which do not limit creativity, offering a product that can satisfy the most demanding customers’ expectations.

The company has over 90 employees with an annual turnover of more than €10 million.

Production of Aluminium Tubes since 1934.

With more than 80 years of experience on the market of aluminium, Tubettificio Favia is specialized in the production of aluminium tubes

Tubettificio Favia has been on the Italian and international market for more than 80 years. Since its foundation in 1934, the company has continuously grown till the years preceding the Second World War, when it was forced to interrupt its production due to the destruction of the factory by air bombing.

But the rebirth was near. In the post-war period, the company moved from Milan to Cernusco sul Naviglio, where it still operates today. It left the production of tin and lead tubes and developed the new promising material: aluminium. Plants were conformed to new technological needs: the production of aluminium tubes will be a distinguishing feature of Tubettificio Favia for the coming decades. The company stands out for its exclusive specialization in this type of packaging, completely focusing its technological and productive efforts in this industry. Work quality and excellence of results allowed the company to become supplier of prestigious brands, especially in the pharmaceutical and cosmetic sectors.

In 2004, this growth led to further enlargement of the factory with the aim to conform the production of aluminium tubes to the new requirements of the pharmaceutical field. In the following years, implementation of Favia Online portal allowed to open an innovative channel to optimize the company processes and communications with customers, making Favia organization even faster and more efficient. Investments in technological research for design and manufacturing of innovative products allowed to create solutions that respond to the requirements of an increasingly demanding market: in 2015, the aluminium tube with soft nozzle was awarded with the Oscar for Innovation in Technology promoted by the Italian Institute of Packaging.

Today, Tubettificio Favia looks with trust to an enlargement on an European basis, without forgetting the company tradition it comes from and its roots. Always participating to the territory growth, it helps with different initiatives to the spread of the ecological culture of aluminium and its proper recycling.

More than 80 years of history

1934. The beginning of the adventure

The first logo of Tubettificio


In Bari, Michele Favia’s job included also buying tubes to contain creams and toothpaste. That is how he gained experience in this field and once the company had closed its business activity, he decided to move to Milan with his family and set up his own company.

His name and signature represented the first logo of the tube company, a symbol which deepened its roots in 1934 and which, today, still represents a philosophy that has managed to unite three generations of entrepreneurs.

In June, the company settled into a rented warehouse in Milan, in via Pisacane, a street that already existed on the outskirts in the second half of the eighteenth century. Just in one of these warehouses the story of Tubettificio M. Favia began.

A dramatic period for the company


At the outbreak of the war the company was associated with progress and expansion in production. There were now two warehouses and the generated profits were used to improve the technology the quality. The daily production reached 80.000 units.

Despite this scenario, the war cast its desolate shadow: the growing number of allies’ bombings made everyday life very difficult, and lead and tinned lead are precious materials, both for the wartime industry and for the production of tubes.

1943 was the darkest and most tragic year for the company. Both company warehouses were destroyed from air raids of the 8th and 15th August which only left debris and memories behind them.

1950. The resumption of business activity

The will to start all over again


In the post-war, whole Italy was willingly to re-construct the country after the damage left by the war.

Also the company was influenced by the general climate of trust and hope for the future. Despite the obvious difficulties and the tension of the post-war, the company went back to buying the machinery necessary for production.

In June 1957, the company moved to Cernusco sul Naviglio. After the move, a new innovation was introduced: the company turned to working with aluminium instead of lead or tinned lead because of economic reasons and also because this new metal material allowed an increase in production from 2000 to 7000 pcs/hour.

The production phases gradually became automated, the grim period came to an end, the reconstruction of the company had been completed, and the company was able to go ahead with normal activity.

1968: a period of revolution and change


Michele Favia, who founded the company, died in May 1964. His son, Giuseppe Favia, took over the responsibility of managing the company.

The new role arrived together with first trade union movement at the beginning of the “famous 1968” with its protest marches and strikes that made the regular development of production more difficult.

Notwithstanding the typical tensions of that period and the oil crisis, the company did not interrupt its development and consolidation.
In 1975, Renato Favia, who was fresh from his degree in engineering, entered to take part in the company, and he brought the third generation of the Favia family with him. His work, in particular, consisted of keeping the processes of production up to standard and to the increasingly necessary computerization of the services to the customers.

It was precisely in those years that they took the decision to put their experience of production and organization gained from particularly demanding customers, into the pharmaceutical market which came to represent more than 90% of production of aluminium tubes.

To keep growing, the company opened a new establishment in the industrial zone in Cernusco sul Naviglio which provides the most suitable working conditions and space for development. After 50 years of activity, it is the turning point in the company, a new beginning and another challenge.

2010. Tubettificio Favia in the Third Millenium

Enlargement of the factory

The extension work finished after 3 years without slowing the production and without creating any inconvenience to customers.

Besides providing more space for a tidier and more controlled production and more rational warehouses, the new establishment has also created the possibility of having three shifts.

Today, the company produces more than 500,000 tubes a day, also thanks to the human resources who accompany and support the company every day. Together with customers and suppliers, they are the real creators of the company success.

Thanks to Internet and an increasingly globalized world, we continue our expansion with an efficient structure that is already oriented towards international segments.

2015. The Packaging Oscar for Innovation in Technology

Safety, Ease of Use and Comfort


The aluminium tube with soft nozzle is the ideal application in the pharmaceutical sector, especially in Ophthalmology, Pediatrics and Veterinary, but it is also suitable for a wide array of applications in Cosmetics. The soft plastic tip added makes dispensing and application of the product on the most sensitive parts of the body more easy.

Below are the reasons why the jury decided to award it: “The safety in the product preservation and in application modes are the strengths of the tube, particularly evident if used for drugs as ophthalmic ointments. Particular care has been taken in the realization of small details of the packaging, resulting in an original innovation.”

An award to unicity

The Digital Printing ToBeUnique wins the Italian Packaging Oscar again! An important aknowledgement who rewards the unicity of Favia's method of digital printing, involving the aluminium body and the plastic end cap in one printing process.
12 AM
)

... better said, two ackowledgemets! Favia as been awarded in two categories: Medical ad Pharmaceutical, with the soft nozzle, and Health and Beauty, with ToBeUnique. The World Packaging Organization is the most important international association of packaging industry.
12 AM
)

The year of the turning point: the Turkish company Perfektüp, one of the most important in the EMEA packaging sector, acquires 100% of the shares of Tubettificio Favia. Perfektüp is part of the Bell Holding group, recognized throughout Europe as leading company of packaging solutions and services for the enterprise with more than 100 million euros of turnover, more than 1,000 employees and 11 production units in Turkey and Europe.
Through the alliance with Perfektüp, Tubettificio Favia further strengthens its position in pharmaceutical packaging: the Turkish company has over 65 years of presence in the European market, which has seen it as a protagonist of constant growth, from a local company to a leader in the production of aluminum tubes, laminate and spray cans. Favia and Perfektüp are united by their constant attention to the needs of their customers, their attention to the compliance criteria required by each sector and a common vision on a topic of primary importance for the world of packaging: eco-sustainability.

Using aluminium in the manufacturing of tubes implies many advantages in terms of hygiene, versatility of use and ease of recycling.

It is also for this reason that we have always believed in the quality and versatility of this kind of industrial packaging. But our commitment to the environment is not limited to the choice of materials, it also reflects its protection and energy saving, as by the installation of a new abatement system of the solvents originated in the production cycle and of a photovoltaic panels plant with significant energy saving.

Our social responsibility is also based on a strong commitment to engage in an effective eco-sustainable growth that really preserves the resources of the environment in which we work and we live.

Awarded with the Packaging Oscar 2015 for Innovation in Technology

Today, Tubettificio Favia looks with trust to an enlargement on an European basis, without forgetting the company tradition it comes from and its roots. Always participating to the territory growth, it helps with different initiatives to the spread of the ecological culture of aluminium and its proper recycling. 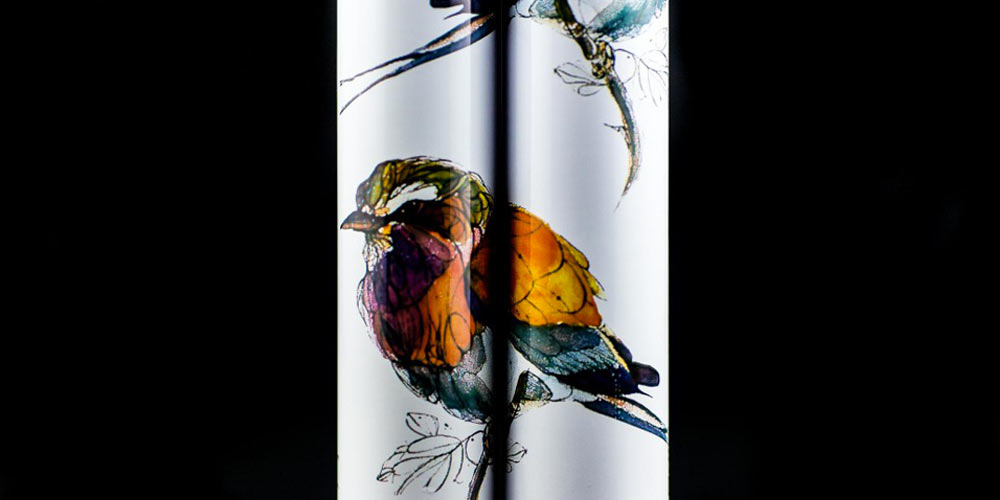 A Deep Connection with Territory

Tubettificio Favia actively contributes to the cultural initiatives in Milan and Lombardy which are focused on ecology, re-use of materials and environmental protection and can give the public, especially the young people, the possibility to better know realities and values of local companies.

The video shows a concrete example, i.e. the role of the company as sponsor to the exhibition “L’Alluminio si mette in mostra” (Aluminium is on Exhibition) at the Museum of Science and Technology in Milan.