The evolution of cosmetic packaging: vintage appeal for sustainability and nostalgia marketing 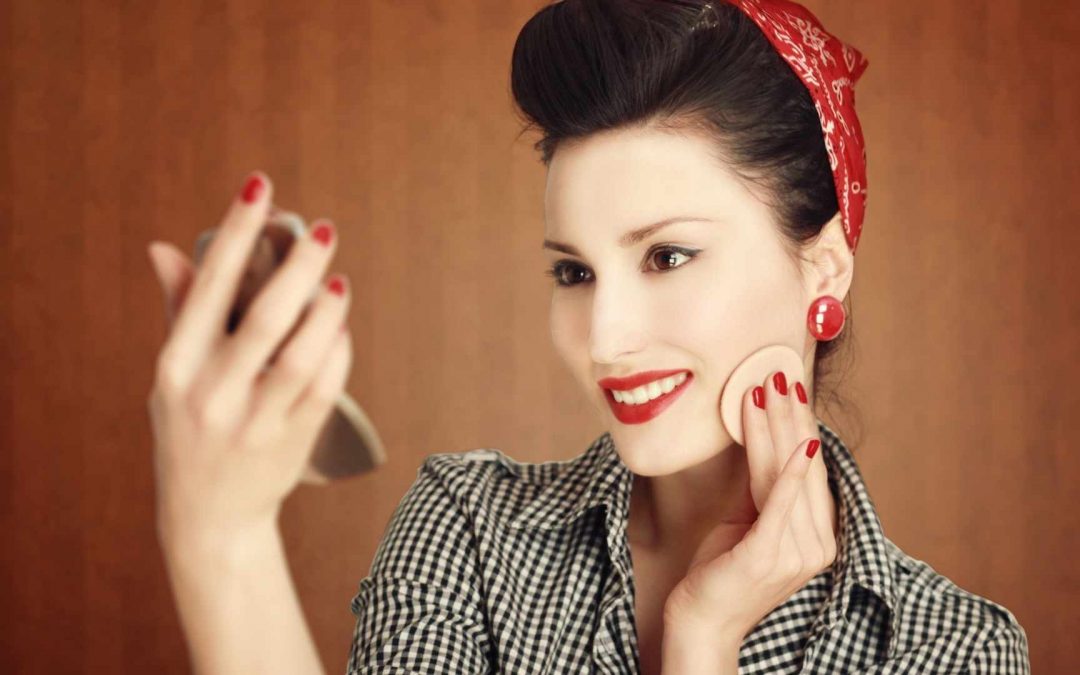 Make-up has ancient origins and its meaning has evolved over time. Every civilisation has used cosmetics, and for different purposes. Not only to enhance beauty, but also to communicate: the face and body were filled with signs symbolising social status ortribal affiliation; people wore make-up for special ritual ceremonies or before going into battle.

Storing cosmetics is becoming just as important as producing them.

Already in prehistoric times, our ancestors created cosmetics inspired by the colours of nature using mainly flowers, plants and insects: mashing berries, for example, they created a kind of lipstick that they applied simply with their fingers. The hands were the brushes.

As time passed and ceramics became available, even a simple clay dish became an ideal container for cosmetics.

The history of cosmetic packaging therefore goes back to ancient times. With social evolution and the introduction of more sophisticated materials and techniques, it has become increasingly complex, adapting to the needs of consumers and to their quality of life.

Studying the evolution of cosmetic packaging can certainly offer interesting insights – not only from a social point of view – but also in terms of sustainability.

What are the strengths of vintage cosmetic packaging and how can we use them in the present, where respect for the environment is so crucial to a successful product?

The evolution of cosmetic packaging: from prehistory to the present day

We start talking about cosmetic packaging as early as the Palaeolithic age: small container sculptures were created from stone, clay, bone and ivory using double-ended stone tools, which were also used for self-defence and hunting.

Later, terracotta simplified the whole process. At the beginning, this material was used to make containers for food or water. It was in Japan that the breakthrough came: by pressing a string into the clay before firing it, small pots were formed, which were later used to hold cosmetic preparations.

The Neolithic period brings interesting progress due to architectural and agricultural developments. Container sculptures in relief appear, both in wood and bone. There is also an important evolution in shapes: not only vases, but also small bowls and cups. However, one element distinguishes this era: the use of colour. The technique used for production became increasingly complex and refined. There is the need for a container that is useful, but also aesthetically pleasant.

Sculptures from this era definitely represent the first real precursors of cosmetic packaging.

Advent of copper in the last part of the Neolithic period led to a crucial development: the use of bronze, which was increasingly used to make many different types of tools.

The discovery of bronze marks a milestone in cosmetic packaging: the rise of the Egyptian civilisation.

Egyptians are known for their architectural abilities and superlative taste. With them, make-up had a whole new purpose: to enhance beauty and harmony, setting a real trend that has crossed the centuries, especially for eye make-up, used by both men and women.

Make-up is also perceived as holy ritual, so the packaging has to reflect its importance.

It was the Egyptians who invented the first make-up palettes: they were designed as containers for eye and body make-up, made of siltstone, a sedimentary rock. They had a rounded shape, similar to the silhouette of a turtle.

The Four Dogs is a specimen that has survived until today, stored in the Louvres Museum in Paris. It shows an engraving of an African battle, with dogs, giraffes and quadrupeds, and a central area that was used to mix the substances used for make-up.

Make-up was of particular importance in the funeral rites for which the Egyptians were famous. Vases made of granite and basalt were made for storing ointments for the dead. To preserve their quality and characteristics, these containers were then sealed with pieces of leather.

Charcoal became the most commonly used material for eye make-up, and later also for lips and cheeks. It was stored in pots that were much smaller than those used for ointments and had relief carvings. Powders, such as blush, were stored in containers made of wood, bone or ivory.

The Egyptians were also the inventors of the first beauty cases, made of cedar, ebony and ivory.

The Greeks preferred more rounded shapes and for the first time we see lids, which were designed to preserve the product inside. The vases had relief decorations and paintings.

With the Romans, we have the advent of a new material for cosmetic packaging: glass, added to gold, wood and bone. This material was much cheaper and the government encouraged its large-scale use. Containers of this type were used for oils, perfumes and cosmetic powders. They came in a variety of shapes, mainly vases and small lidded containers, which were strictly decorated.

From the Renaissance to the modern age: cosmetic packaging as a guarantee of product quality

The Renaissance was marked by new make-up trends: porcelain skin, coloured cheeks and red lips. Containers for blush were mainly made of wood and had a circular shape. Pharmacies started to produce cosmetics and continued doing so until the 18th century.

Glass and metal became the predominant materials for cosmetic packaging before the industrial revolution. Glass, in particular, was chosen to preserve the product avoiding oxidation, while metal is indestructible and water resistant, mainly used for air-sensitive products. Moreover, it is mainly a cost-effective material, due to its durability and reusability.

Lipstick was the first cosmetic with metal packaging.

With the industrial revolution, cosmetic packaging saw a further revolution in terms of materials: in 1862, Alexander Parkers presented the first product made of plastic.

With the introduction of this material, the difference between primary and secondary packaging is becoming increasingly clear: the first is used to contain the product, the second to package it.

The purpose of cosmetic packaging is changing radically: it is not just to preserve the product and prevent it from contamination, but to communicate brand identity. Labels can also be used to inform about ingredients, instructions for use, expiry date and manufacturer information.

The history of cosmetic packaging: a tube for nostalgia marketing and sustainability

As a result of industrialisation, the use of sustainable materials for cosmetic packaging has lost strength to plastics, which are more cost-effective.

However, due to modern pollution problems, many cosmetics companies have decided to go back in time. Vintage packaging is not only great for the environment but also a winning marketing strategy.

Nostalgia marketing is defined as the most powerful strategy around, because it has a very strong impact on consumers, bringing back memories and arousing the emotion of the golden days.

Tube is definitely the packaging with the most vintage aura.

The first mascaras were made in this size: Maybelline launched this cosmetic in a tube in the 1950s, together with a small wooden brush for application.

In the modern times, aluminium tube is definitely the best: it’s eco-friendly and has a vintage charm that is successful in terms of strategy

It is perfect for different types of products: lotions, serums and creams, eye contour, blush, foundations and concealers, preserving their quality and avoiding contamination.

Favia’s ToBeUnique also makes the cosmetic product truly special: a unique printing process that enhances the brand image while giving the feel of a cosmetic from the past.

To find out more about the use of aluminium tubes in the cosmetics industry, read our article: Aluminum tubes for cosmetics: a vintage solution for an amazing product launch.

You can find out more about which cookies we are using or switch them off in settings.

This website uses cookies so that we can provide you with the best user experience possible. Cookie information is stored in your browser and performs functions such as recognising you when you return to our website and helping our team to understand which sections of the website you find most interesting and useful.

Strictly Necessary Cookie should be enabled at all times so that we can save your preferences for cookie settings.

If you disable this cookie, we will not be able to save your preferences. This means that every time you visit this website you will need to enable or disable cookies again.